Healthcare IT: Better Living Through Transparency

Technology is controversial today in U.S. healthcare. Of course, it has given us many amazing life-saving treatments. Last week at a Silicon Valley alumni panel on healthcare technology, Dow Wilson (T’85 and CEO of Varian Medical Systems) described how technology had transformed radiation oncology, allowing high doses of radiation to be delivered to very small tumors – killing just the problem cells without harming healthy tissue. Such equipment is now ubiquitous and widely celebrated. But when it comes to IT, people are more divided. Technologies, and specifically IT, were heralded as major drivers to bend the healthcare cost curve. For example, a 2005 RAND study predicted widespread use of electronic records could save the United States health care system at least $81 billion a year. In January, one of the authors of that report backed away from that projection noting in Heath Affairs “We’ve not achieved the productivity and quality benefits that are unquestionably there for the taking.”

Indeed, empirically showing the link between IT and healthcare cost and quality has been stubbornly hard. Our own research in the center has found hospitals that migrated to modern electronic health records do achieve statistically significant quality improvements. But the improvements are small leading many to question the Obama administration’s $27 billion investment in health IT. Brent Ahrens (T’97 and General Partner at Canaan Partners) argued at the same alumni panel that heath tech start-ups must be able to draw a clear line between their solution and cost reductions. At the national level, the challenge is showing how cost savings on paper translate into reduced healthcare spending.

Yesterday in our Britt Technology Impact Series, Robert Mead (Senior Vice President at Aetna), argued that spending it is not a technology problem but rather a market failure. Hospitals providing the same services, like a CT scan or radiation treatment, charge wildly different amounts and patients have little reason to question the costs because the bills are paid by others and patients have no point of price comparison. Without market pressure, there is little incentive for hospitals to invest wisely and reduce costs. Interestingly, Mead believed IT might be part of the solution. Aetna’s CarePass mobile platform provides apps that allow patients to see prices at competing pharmacies and hospitals. By making prices transparent, he hoped patients would be encouraged to think like consumers, pressuring providers to actually reduce costs. Certainly patients have reason to act more like consumers: Mead noted workers have absorbed more than half of the increase in health care costs in the last five years. 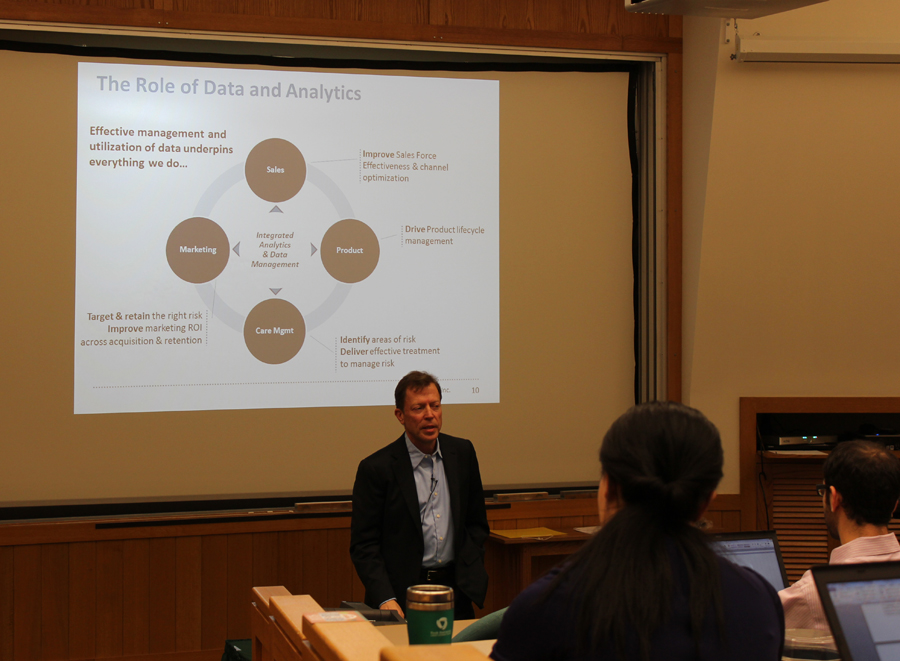