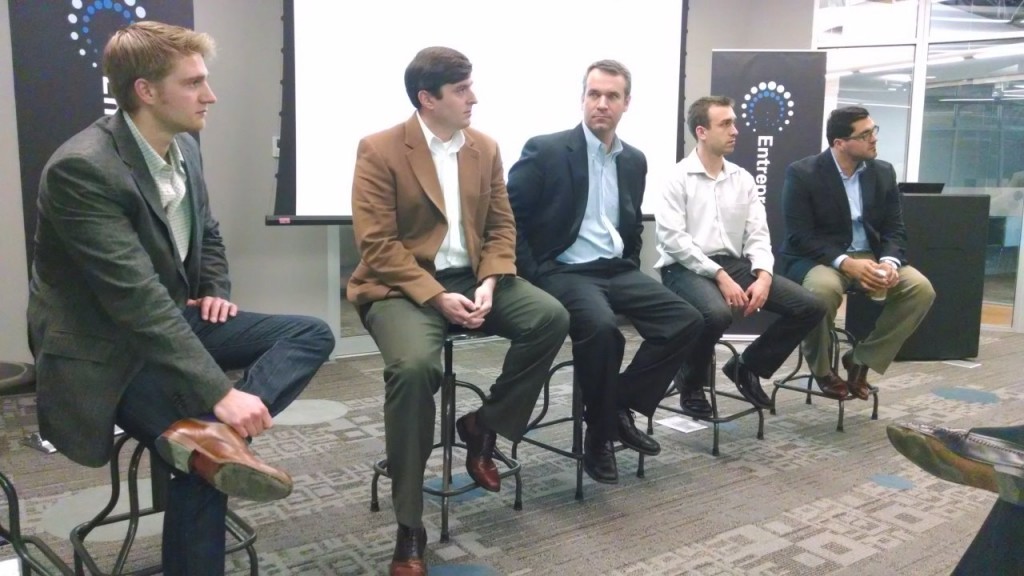 There are few things in business that compare to watching a passionate, smart startup completely transform an industry — or several at the same time. And given the current valuations that companies like Snapchat ($15 billion) and Uber ($41.2 billion) are fetching, it’s no wonder that business school students increasingly want a piece of the action.

The Graduate Management Admissions Council (GMAC) finds in its latest Alumni Perspectives survey that one-in-eight business school grads now identify themselves as entrepreneurs, with much of that growth coming since 2010. That doesn’t even begin to account for the people taking on important roles at successful startups.

We have seen a similar boom in interest here at Vanderbilt. Vanderbilt’s Entrepreneurship Center has been humming all year, with regular lunch speakers and evening FireStarter sessions with entrepreneurs.  Not only are there more Owen students each year wanting to learn about all aspects of starting a company, the school also continues to strengthen its ties to the vibrant entrepreneur ecosystem that’s taking root in Nashville. Owen students and alumni are making their presence felt too in places like Silicon Valley, Seattle, Austin, and as far away as Israel, South America and Africa.

One of the sparks that helped light a fire under Vanderbilt’s entrepreneurship programs came in the form of the annual Sohr Grant, a $25,000 award for student startups underwritten in 2012 by Vanderbilt alum Jim Sohr (BE ’86, MBA ’90) and his wife Leah. Jim co-founded AIM Healthcare, which was purchased by UnitedHealth Group in 2009. Students compete each year by pitching their company idea to a group of successful entrepreneurs who help judge the competition.  At least one award is made annually and when judges see multiple promising ideas they can award several grants. In addition to the money, the Sohr Grant allows students to gain invaluable perspectives from a seasoned entrepreneur network.

Owen’s Entrepreneurship Center is led by Professor Emeritus Germain Böer, who has as much experience and knowledge about entrepreneurship as just about anyone I’ve ever met. Layered on top of those things is the fantastic work Michael Burcham has been doing in the classroom and in his role as the nationally recognized CEO of the Nashville Entrepreneur Center. Michael, who is leaving the Nashville EC this spring to spend more time at Owen and start yet another company, has been instrumental in attracting startup funds from places like Google and top Silicon Valley VCs to Nashville.  Likewise, Professor David Owens‘ classes on innovation and product design have hatched more than one successful startup.

This year’s Sohr Grant recipients illustrate as well as anything how students can access all these entrepreneurial resources — and much more — through their Vanderbilt ties.

Chris Gerding, who worked at BBDO in New York before coming to Vanderbilt as an MBA student, met his co-founder, Leiya Hasan, who had previous experience with startups in Texas, in Michael Burcham’s class, “Launching the Venture.” Chris had recently returned from a Spanish language immersion program in Costa Rica that paired him with a local English learner who shared a similar background. When he came to business school, Chris had an idea to build an online video-chat platform around this same immersion-trip concept — essentially an old-fashioned pen-pal situation enhanced with tools resembling Match.com and Skype. He and Leiya immediately started working on the concept as part of their class project.

The idea gained such traction that they secured a spot in Jumpstart Foundry, a local accelerator program, which they participated in last summer rather than taking the traditional B-School route to a corporate internship program. There they met Vic Gatto, a Vanderbilt Owen MBA alumni and founder of Jumpstart Foundry who besides running the accelerator is a significant investor in regional startups. Beyond helping the team find angel funding, Vic has helped steer them to a variety of experts in the startup space, including a seasoned marketer who created the company name, Boomalang. On the programming and development side, Chris and Leiya recruited several talented Vanderbilt Engineering undergraduates who helped produce a working beta platform. The Boomalang team is also partnering with Vanderbilt’s Spanish department to begin a pilot program, with an eye towards cracking the academic market first. In short, student entrepreneurs at Vanderbilt have a whole world of expertise housed here on campus — or at places with strong ties to the school.

While Boomalang may have the most direct ties to various parts of Vanderbilt, you can see how past Sohr Grant winners have a variety of business connections to their alma mater, whether it’s a co-founder, a technology partner, or an investor:

Even for those business school students who don’t start a company, there’s great value in learning about every stage of an entrepreneurial venture, from negotiating initial investments in a startup to mastering the details of prototyping and distribution. Thanks to people like Jim Sohr, Vic Gatto, Germain Boer, Michael Burcham, David Owens, and the driven, talented students at Vanderbilt, I see us playing a role in this space for a long time to come.