When the subprime mortgage “bubble” burst in 2007, setting off a chain of events that led to an international banking crisis in 2008 and the Great Recession, few areas of the economy were left unscathed. The construction industry felt the pain almost immediately; home building stopped, as did public investment in infrastructure projects. For suppliers like Vulcan Materials, the nation’s largest producer of construction aggregates, the sharp decrease in demand presented a huge challenge. 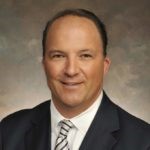 “In the third quarter of 2007, we saw a significant decrease in our shipments, but were not sure if it was just a blip of market turbulence,” explains Brock Lodge (EMBA’07). “By the first half of 2008, we knew it was no blip and there were fundamental demand problems in the market and that we needed to adjust our approach.”

Historically when softness in demand occurs, construction material pricing would contract, compensating for a weaker overall demand by capturing a larger volume of whatever business still existed. Lodge, a freshly minted Vanderbilt Executive MBA and Regional Sales Manager, and his colleagues at Vulcan saw things differently. “We developed a segmented pricing plan that would raise overall pricing, covering the bogey we were dealing with, and taking a leadership role.’ We applied the laws of elasticity,” he recalls.

Naturally, many sales and operating managers pushed back, citing the need for volume to cover fixed costs, “But the business wasn’t out there,” he recalled. To reinforce the decision and build pricing confidence within the organization, Lodge and his team analyzed the market. They looked at their own shipping patterns and developed a regression model to survey sales, then went to competitors’ like-sized facilities and began counting trucks. “We were able to predict their volumes within 2% using a random sampling method” he says.

The analysis confirmed and gave the sales and operations teams the confidence needed to execute. “As we came out of the recession, our pricing was at a different level than it would have been,” he observed. “We weathered it and were poised to come out of it well.”

Now President of Vulcan’s Western Division (the largest in the company in terms of employees and revenue), Lodge credits the EMBA program with giving him the confidence to blend hard and soft skill sets into an effective approach to business and leadership, one that has him in a seat he did not envision before Vanderbilt. “I never specifically thought about being a division president,” he says. “Owen played a big part.”

Lodge’s education reaped benefits for Vulcan long before the financial crisis. In the initial immersion week of classes, a Luke Froeb-led lecture and discussion touched on a project at work and changed his decision making process. When he returned to the office, he changed course on how he was putting a bid proposal together.  The revised bid added $400,000 to the bottom line, far more than the investment Vulcan was making in his Executive MBA degree. “I talked to my boss at the time about the decision, bared my soul a little bit by sharing how we had planned to bid the project, but were now changing course based on how I viewed the aspects of the project differently due to Froeb’s class discussion. After just one class, Vulcan’s MBA investment was in the black,” he recalls with a chuckle.

Talking with Lodge, one gets the sense that his career at Vulcan has been framed by several challenges. Some, like the severe challenges posed by the financial crisis, required a marketer’s touch. Others demanded a strong understanding of human capital, team-building, and an ability to effectively address culture issues. Owen setup Lodge for success in both realms.

He was promoted to Division Director of Sales and Marketing in 2010 and to General Manager in 2013, working in a regional area comprising Kentucky, Tennessee, Virginia, and Indiana. There was a distinct need to identify the next generation of senior leadership in his division, so Lodge and his team performed a talent assessment (leveraging his EMBA coursework with Dick Daft, who also offered advice during the process). “We began doing progressive activities from a human capital standpoint within the division,” he recalls, “identifying and developing existing talent, acquiring skills that were not present, positioning ourselves for the future.”

An integral component of this human capital initiative involved in-depth employee interviews where skills and abilities were assessed for future positions.  Vulcan’s C-Suite executives used this same approach to identify senior level leaders across the company.  And in the process, Lodge caught the attention of Vulcan’s senior leadership team.  Impressed with Lodge’s leadership skills and demonstrated results, in 2015 they offered Lodge his biggest challenge yet – taking the reins of the Western Division.

Vulcan’s Western Division, which covers the State of California, was acquired through an acquisition of CalMat Company, Inc., in 1999. In the years following the purchase, Vulcan sent leaders out to help integrate the acquisition, but infusing the Vulcan culture in the acquired company proved to be a slow and painstaking process.  As Lodge explains it, “We have a really strong culture at Vulcan, but were still behind in California, even though my predecessors had made slow but steady progress.” The charge from the CEO and our senior leadership team was “to keep improving the culture and deliver outstanding financial results” Lodge says.

Lodge spent his first year in the Golden State as a Vice President, building relationships and mapping the environment, before officially assuming the role of President in 2016. “Learning how to be a division president was tough enough, but understanding our people, the market landscape, and the nuances of our operations, in a new environment for my family and me, it was a lot all at once” he says.

The company gave Lodge the resources he needed, including the best sales and operating talent the company could offer. After importing talent and promoting from within, the new president felt he had the right team in place to succeed. He brought Dick Daft out, as Lodge lightheartedly puts it, “to help us become a team in about 10 minutes.”  “I reached out to Dr. Daft to describe the situation. I told him that after a year in California, we have assembled the components of a high performance leadership team.  But my only problem is that not many of us have worked directly with one another and we need to become a team and deliver results, like right now.  I need you to take this team through the same process that you took my EMBA team through in the first week of immersion in New Harmony.  Dr. Daft came to California, helped us break down barriers, learn to talk candidly to one another, and essentially set us up for immediate success as a team.” Through interviews, assessments, and meetings, Lodge and his team were able to place people in the proper functions. “This process worked exceedingly well,” he says.

Now in his third year in California, Lodge is excited about the direction of the Western Division. “Our team is delivering much improved financial results,” he says. “We have established a strong cultural fabric in California. We have a healthy process sharing ideas and best practices with our other divisions throughout the country, helping each other grow and improve our business.  It’s gratifying, and it’s fun.” His next challenge is to get the division poised for long-term growth.

While Lodge never envisioned climbing to the level he has in the company, his passion for and approach to his work are natural predictors for success. “I like taking things from a marketing and culture standpoint, putting them together, and getting a team focused,” he says. “Coming out to California…this is the greatest thing I’ve ever been a part of, from the people we brought in to the people who were already here. We’re winning now, and it’s galvanizing.”

For Lodge, the Vanderbilt EMBA “gave me the acumen to marry the art with the science. Going into Owen, I was very relational. I understood the math, but Owen gave me the confidence around it. Professors like Dick (Daft) were able to crystalize the soft side through human capital coursework.  Owen gave me the tools to influence and execute.”