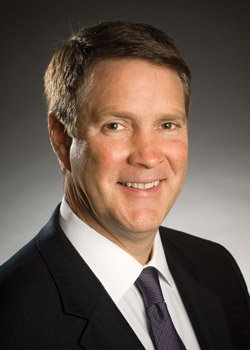 Professor Frist joins the faculty of the Owen School as part of a joint appointment with the Vanderbilt University Medical School (VUMC). Drawing upon his vast knowledge of and storied career in both medicine and politics, Frist will teach a new course that brings together Vanderbilt Health Care MBA students and fourth-year medical students to examine the financing, delivery and quality of health care in the United States and around the globe. Board certified in both general and cardiothoracic surgery, Frist has performed over 150 heart and lung transplants, including the first lung transplant and first pediatric heart transplant in Tennessee and the first successful combined heart-lung transplant in the South. In 1986 Frist became Director of VUMC’s Heart and Lung Transplantation Program and later founded the Southeast’s first multi-organ, multidisciplinary transplant center at Vanderbilt, which quickly became recognized as one of the premier transplant facilities in the nation. He is the author of over 100 peer-reviewed medical articles, over 400 newspaper articles and five books on topics such as bioterrorism and transplantation. In 1994 Frist embarked on a career in public office and won election to the U.S. Senate for the state of Tennessee, becoming the first practicing physician to be elected to that body since 1928. In 2006 his colleagues unanimously chose him to serve as the 16th Majority Leader of the U.S. Senate. Prior to his retirement from the Senate in 2007 after his pledged two terms of service, he was a member of the Foreign Relations Committee, where he served as the Congressional Representative to the United Nations General Assembly in the 107th Congress. Frist also currently serves as Partner and Chairman of the Executive Board of Cressey & Company LP, and was the 2007-2008 Frederick H. Schultz Professor of International Economic Policy at Princeton University’s Woodrow Wilson School of Public and International Affairs. In addition to leading annual medical mission trips to Africa as part of World Medical Mission, Frist serves as Co-Chair of the ONE Campaign’s presidential initiative (ONE Vote ’08) and Save the Children’s “Survive to Five” Campaign, and as Chair of Hope through Healing Hands, which promotes improved quality of life for communities around the world. His other current board service includes Africare, the U.S. Holocaust Museum’s Committee on Conscience, the Smithsonian Museum of Natural History, the Center for Strategic and International Studies, the Millennium Challenge Corporation, Harvard Medical School Board of Fellows, and the Mountain Gorilla Veterinary Project. 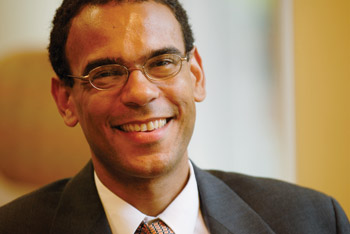 David Owens returns to the Owen faculty—where he previously served for more than a decade—after his tenure as Chief Executive Officer of Nashville-based Griffin Technology, the largest developer of accessories for iPods, iPhones and portable MP3 players. Beyond teaching in the MBA program and serving as a Faculty Director for the Executive Development Institute at Vanderbilt, Owens will serve as Assistant to the Provost for Strategy and Innovation at Vanderbilt University, where he works to develop a holistic and innovative approach to the university’s strategic planning. Among Owens’ areas of expertise are business strategy, product development and strategic innovation. He delivers executive education programs and consulting services on these topics to a wide range of clients around the world, and his research has been published in several leading academic journals and featured in The New York Times, The Wall Street Journal, The Guardian (U.K.), The San Jose Mercury News and Marketplace Radio, among other media outlets. He is also the recipient of numerous teaching awards and consistently high ratings from students in his courses, programs and executive seminars. His recent education and consulting work in the area of business strategy, innovation process and product development have included engagements with such organizations as NASA, LEGO, Gibson Guitar, Bristol-Meyers Squibb, Bridgestone Firestone, Sygen International, OrangeUK, Alcatel, Tetra Pak, and the Tennessee Valley Authority, among others. He has also performed product design consulting work for a variety of firms including Daimler Benz, Apple Computer, Coleman Camping, Corning World Kitchen, Steelcase and IDEO. Owens was a Co-Founder of Nova Bionics, a medical device start-up now part of Micro International, and he served as Global Director of Product Development for SeriousPlay, a LEGO Group company, during its start-up phase. He also worked as a Product Design Engineer at IDEO, a leading product development consulting company in Palo Alto, Calif. In a prior career, Owens became registered as a Professional Electrical Engineer while designing power distribution systems at the San Francisco International Airport. 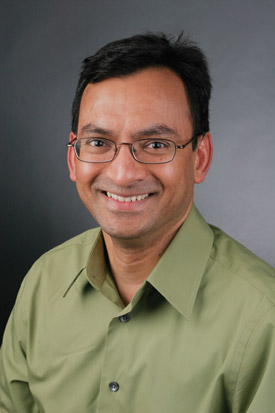 Ranga Ramanujam is a leading researcher and consultant on the organizational causes and consequences of errors in high-risk work settings. His research has been published in leading journals such as the Academy of Management Journal, Organization Science, Medical Care, Journal of Patient Safety and Journal of Organizational Behavior. Among his current research interests are leadership, organizational change and design in the context of patient safety in hospitals and operational risk in financial institutions. Prior to joining Owen, Ramanujam served as Assistant Professor of Management at Purdue University’s Krannert School of Management, where he received several teaching awards and served as a research fellow at the Regenstrief Center for Healthcare Engineering. He has also served as a Research Scientist at the Center of Excellence for Implementation of Evidence-Based Practice at the Roudebush VA Medical Center in Indianapolis and Area Marketing Manager for Standard Chartered Bank in India. He has consulted for a wide range of organizations, such as the Pittsburgh Regional Healthcare Initiative, Clarian Health Partners, the Indiana State Patient Safety Center, International Association of Holiday Inns and Sennheiser Corporation. In addition his work has been presented at meetings of the Academy of Management, Society of Industrial and Organizational Psychology and the Production and Operations Management Society. Ramanujam is currently an editorial board member of the Journal of Organizational Behaviors and the Stanford University Press book series on high reliability organizations. He also served as Chair of the Academy of Management’s Board of Governors’ taskforce that reviewed the Institute of Medicine Report on Performance Measurement in Healthcare. 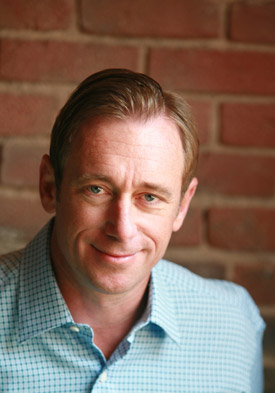 Jim Schorr has 15 years of experience working at the intersection of business and society, and is among the nation’s leading experts on issues of social enterprise and entrepreneurship. In 1993 he co-founded Net Impact, a global network which has since enabled more than 25,000 graduate business students and professionals on five continents to integrate social and environmental priorities into their educations and careers. From 2000 to 2007 Schorr was CEO of Juma Ventures, one of the most well-known and admired social enterprises in the world. During his tenure Juma Ventures was profiled in Harvard Business Review as a model organization in this field. His career has also included leadership and consulting positions with major corporations, start-up companies and government agencies, giving Schorr insights into the role of business in society from a variety of perspectives. Other organizations in which he has served include: Cobra Golf, Windermere Associates, Ecom Brands and Florida Leisure Corp. Prior to joining Owen, Schorr was a faculty member at the Haas School of Business at the University of California, Berkeley, where he developed and taught coursework on social enterprise and entrepreneurship within the school’s Center for Responsible Business. He continues to serve as Board Chair of Net Impact, and is on the Board of Directors for the Social Enterprise Alliance, Global Social Venture Competition and Juma Ventures. Schorr’s perspectives on social enterprise have been published in the Stanford Social Innovation Review, and he has been a featured speaker at numerous conferences and events, including the 2008 Social Enterprise World Forum in Edinburgh, Scotland.