Career Advice from Delta’s CFO: “Keep Your Head Down and Focus on Your Goals” 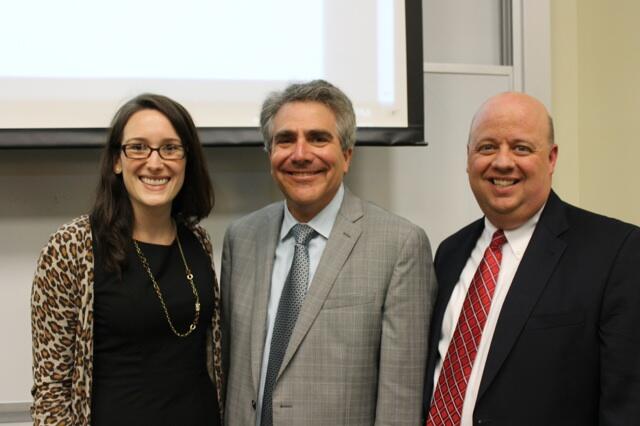 But I often caution students not to lose sight of the bigger picture. After getting my Ph.D. in the early 1990s, I went to work for Hewlett-Packard and thought I’d be there, or at least in Silicon Valley, for most of my career. Then a call came from Gary Scudder asking me to take a look at this school in Nashville called Vanderbilt, and the rest is history. I’ve had a rich, rewarding career both here and at Dartmouth, with an exciting path ahead now as Dean. What I learned, however, is that your second or third job out of business school will likely do more to shape your ultimate career path than what seems like that all-important first job.

Speaking at Owen recently, Paul Jacobson (MBA ’97), now the CFO of Delta, told a similar tale. Paul came to Owen with an undergraduate degree in aviation and a passion to build an airline career. With a concentration in finance, Paul sat down with Peter Veruki, who headed the CMC at the time, to discuss a job offer from Delta. The starting annual salary was a modest $40,632, and placed him at the very bottom of his class.

Peter knew he could help get this newly minted MBA more money elsewhere and pointed out the business challenges he would face at an airline in the 1990s. Peter also knew that the low salary wouldn’t help Owen’s ranking statistics. But what mattered to both is that Paul had a dream and the people at Owen were here to encourage him to pursue it.

Paul accepted Delta’s offer and never gave it a second thought – he was going to the Atlanta-based airline with a 10-year goal of becoming treasurer by the time he was 40. But over the next two years, rather than looking around for the next quick promotion, he focused on getting the skills he knew he would need to put him on the path to become treasurer. Sometimes those stints were challenging and Paul reminded the students, “you can endure anything for 2 years — keep your head down and focus on your goals.” He became Delta’s treasurer at age 33 and today is CFO.

Paul still likes to joke about his low starting salary when he’s back on campus. But he’s always quick to add this qualifier: “I graduated first in my class for getting exactly what I wanted out of an Owen degree.”

To me, that marks the true definition of business school success.