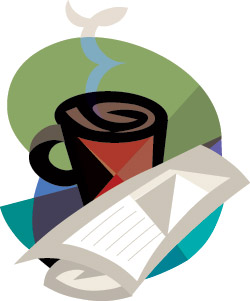 Throwing Caution to the Wind

Yesterday’s stock market tumble is the direct result of the deregulation of the financial system during the ’70s, experts say. “It was another example of an asset bubble that appears periodically. An economy will disregard risk, and when people see another investor making money by investing in an asset, others will throw caution to the wind,” explains Nicolas Bollen, a finance professor at Vanderbilt University’s Owen School.

International trade remains an evergreen fissure running through U.S. politics. While John McCain has been firm in his defense of the North American Free Trade Agreement (NAFTA), the Democrats have promised, albeit without specifics, to renegotiate treaties to protect U.S. workers. Luke Froeb, a free enterprise expert at Vanderbilt University, identifies this as a key ideological gap. He argues: “Renegotiating NAFTA would make our economy a lot less flexible. It would reduce income and make us all worse off.”

Many institutional review boards do an exemplary job, keeping scientists on the ethical up-and-up, but “hyperprotectionism,” according to the Journal of the American Medical Association, “can have a stifling effect on research productivity.” One measure of that might be the number of new compounds approved by the Food and Drug Administration. It averaged an abysmal 19 last year—the fewest since the early 1980s. Or you can measure it by how long it takes a clinical trial for cancer to get off the ground: 171 days of red tape, finds David Dilts of the Owen School.

Olympic advertisers will spend more than $1 billion for U.S. airtime alone, although some say they will not get their money’s worth. In a time when it’s harder to win by simply offering a better product, the goal of a lot of advertising is to arouse positive feelings that forge lasting bonds with consumers, says Jennifer Escalas, a Vanderbilt professor. This year’s Olympic ads fit squarely with that goal. McDonald’s, for example, isn’t trying to sell a specific burger but to “build a relationship,” Escalas says. “If you feel good about the Olympics, that good feeling should spill over to the brand.”

Researchers have found that the Security Exchange Commission’s Regulation Fair Disclosure rule (Reg FD) has curtailed the amount of information that companies disclose to the public. Baljit Sidhu from the Australian School of Business, Tom Smith from Australian National University, and Robert Whaley and Richard Willis from the Owen School studied the effect of Reg FD by comparing cost components of the bid-ask spreads of Nasdaq-listed stocks in the months before and after Reg FD went into effect. “While Reg FD gave everyone the same info at the same time, what it’s done is it has made firms release less information, and it’s driven up the cost of trading,” says Whaley.

The collapse of SemGroup LP, which filed for bankruptcy after losing $2.4 billion on energy contracts, has focused attention on margin requirements. Financial-market experts point out that while trading firms may struggle with margin requirements, increased margin doesn’t become an issue unless the trade is a loser to start with. “It’s a standard argument” when traders “get into trouble,” says Hans Stoll, a finance professor at Vanderbilt.