Glance through the latest annual report for Owen, and you’ll find facts and figures that tell you pretty much everything you need to know about the school. Average GMAT score of the entering MBA class? Got it. Average years of experience? Check. Average starting salary of last year’s class? Yep, that too. 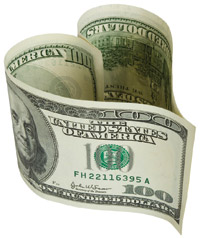 However, there’s one stat you won’t find in there, and it’s perhaps as telling as any other: the number of Owen students who find their soul mates inside the walls of Management Hall. When we decided to do a photo essay in this issue about couples who attended the school, I was surprised to learn that there are more than 200 of them. That’s almost five per year since the school first opened its doors! Even when you account for the couples who may have known each other beforehand, or those who may not have met until after graduation, it’s a remarkable number for a school of Owen’s size. In fact, when I mentioned this to a single colleague of mine at Vanderbilt, she joked that maybe she should think about applying to Owen to find a mate.

But this begs a question: Why so many? Could it be that business-minded people are better at finding love than others? If you were to ask me that question 15 years ago when I was majoring in English and cutting my teeth on the sonnets of Shakespeare, I would have scoffed at the suggestion. If anyone understands love, I would have said, it’s the poets, artists and dreamers of the world.

That, of course, was before I came to understand that there are plenty of dreamers in business, too. It was also before I figured out that a successful marriage is every bit about being practical and level-headed as it is about being daring and romantic. If you think about it, finding the right partner in life is not too unlike finding the right partner in business. Ideally you come across someone who not only complements your strengths but who is also willing to take risks on your behalf. Who better than a couple of MBAs to recognize these traits in one another?

That partly explains it, I suppose, but I think the uniqueness of Owen also plays a part. If I’ve learned one thing since taking over the helm of this magazine, it’s that Owen is inherently an intimate place. The students who graduate from the school value long-term relationships and pride themselves on being a tight-knit community. This notion started, perhaps by accident, with the small class sizes and cramped quarters during the early days of the school, but it still holds true today.

In the end, your guess is as good as mine as to why so many couples pass through the doors of Owen. Maybe it’s nothing more than a coincidence. But now that the word is out, don’t blame me if Admissions sees a spike in applicants who are single.

One Response to “Shall I Compare Thee to a Summer’s Pay?”